Are you living with a slipped disc or other disc injury in Broomfield? If you have a suspicion that your chronic back pain is being caused by a disc injury, or you have received a diagnosis that confirm you are dealing with this kind of issue, you will probably benefit from the best chiropractic care in Broomfield you can find.

Whether the pain is mild or severe, it is important to deal with it promptly so that the issue does not progress an cause more permanent damage. The following article discusses some of the symptoms of disc injuries with the aim of helping you to understand what you are dealing with. It also goes over how chiropractic care may give you immediate relief from the pain and discomfort associated with a disc injury, as well as possible long-term recovery.

The little pads that lie between your vertebrae are called the intervertebral discs. Each of these discs has a tough outer ring and a soft gel-like center. Your disc's job is to both join and to separate your vertebrae from one another. These discs act as cushions, or shock absorbers, so that the bones don’t make contact with each other as you move around, carry large objects, and bend over. Without the discs you would literally be unable to move your upper torso. Here are a few of the different kinds of disc injuries that make movements of the upper torso painful and difficult:

Signs and Symptoms of a Disc Injury

All of the above issues tend to result in considerable back pain, numbness, and limitation in range of motion due to the irritation of the nerve roots at the point where the injury occurs and the impact this has on the surrounding tissues. A number of distressing symptoms can arise from this nerve irritation and damage, including but not limited to:

What Is a Herniated Disc?

The spine is made up of several individual bones called vertebra. In between each bone is a small disc-like structure shaped like a donut. The donut is filled with a gel-like substance that helps to cushion the spine’s vertebrae during movement. Sometimes, the fibrous outer walls of the disc can become cracked or ruptured, allowing some of the gel inside to escape. When this happens, the disc is said to be herniated. This injury is also called a bulging disc. Usually, herniated discs are considered a degenerative injury, and become more common as the walls of the disc become thin and brittle with age. In a number of cases, a herniated disc occurs as the result of an impact or injury.

What Are the Symptoms of Herniated Discs?

Symptoms will vary depending on the location of the herniated disc. If a disc is herniated in the lower back, typically people will feel pain or numbness radiating downward to their buttocks, legs, or feet. If the disc is herniated in the upper back or neck, pain is commonly felt in the neck, shoulders, arms, and hands. Pain can range from a dull ache to a sharp, stabbing pain. Often, people with herniated discs will report feeling clumsier than usual. They may complain of tripping more often or frequently dropping items.

Chiropractors have several tools and techniques at their disposal, including manual manipulation, physical therapy, medical massage, and stretching and strengthening exercises. Spinal decompression is particularly helpful in treating herniated discs. This involves a specific traction table. The spine is pulled and lengthened, relieving pressure between the vertebrae. By doing so, the disc is free to heal on its own, without additional pressure. Further, creating negative space around the injured disc allows healthy, nutrient-dense materials naturally produced by the body to flow to the injured area, further healing the injury.

At Summit Medical Care Center, we believe that holistic medicine is the best way to treat people and their injuries. This means treating the person as a whole, focusing on their body, mind, and spirit. We offer a range of services to help treat spine injuries, including herniated discs. Our approach of integrated medicine will help treat your injuries fast and prevent them from returning. Our office is centrally located at 54 Garden Center, Broomfield, CO 80020. To learn more, or to schedule an appointment, call us today at (303) 466-3232. 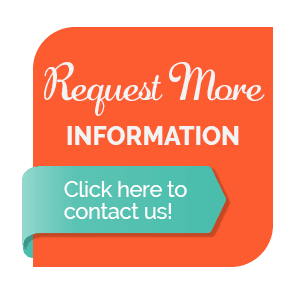